As a continuation of October’s Noteworthy Finds post, I decided to create a post for my self-found November birds, as well. November started off well with a chance sightings of a LeConte’s Sparrow in Renfrew County! As was the case with my October list, I list the noteworthy finds in order of rarity. The relative rarity per county is also considered in the ranking. I’ll continue to periodically update this page, whenever a self-found rarity (or bird of interest) is located. Updated on 24 November 2021. 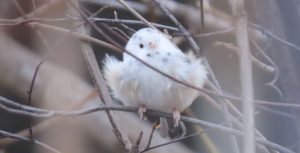