As much as they are the stuff of legendary online debates, they are even more polarizing in the field! Take your time with these “Tiny Tim’s” and be sure to assemble a suite of ID features when making your case for an ID.

What to focus on:  we note the bird’s large, blocky head; pale grayish cheek and nape; dark cap; and graduated tail feather length (just above the copyright symbol, we see the tip of the outermost tail feather and we see that it’s quite a bit shorter than the adjacent tail feathers). We back up and see that collectively, it is of a lean, lengthy build. It is at this time that we now begin to input the bird as Cooper’s Hawk in eBird while our birding friends are still frothing at the mouth about the bird being a Sharp-shinned. Water on a Coop’s back….you got this.

Pitfalls to avoid: don’t give its micro tarsi too much ‘weight’ in this ID…in fact, this only confirms that the specimen is especially dainty. Also, I wouldn’t concern yourself with using items in the picture for a sense of scale…unless that item is ruler….held vertically! The latter pitfall is a great way to lose focus on the things that really matter….esp. with a bird posing as nicely as this one. 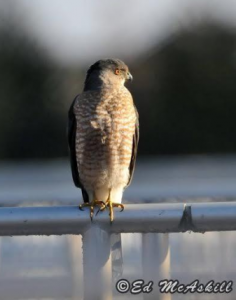 Photo: I thank Ed McAskill for allowing me to showcase his excellent capture of this tiny specimen! 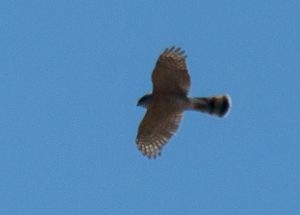