Rewind to a Sunday morning in April. The year is 1999. I am at the local Blockbuster Video in Barrhaven, browsing Nintendo 64 video game rentals. I decided to try out a racing game, called F-1 World Grand Prix. I arrived home and began to play the game. I really liked the look of the yellow car (team Jordan), and chose a driver named Ralf Schumacher as my driver. I wasn’t used to racing sim’s, so I was all over the track, but certainly enjoyed a few hours of game play! As destiny would have it, when I powered off my N64, the TV was set to channel 30 (TSN) as the 1999 San Marino Grand Prix was being broadcast. The first driver I noticed was Heinz-Harald Frentzen, and, as was the case while playing the N64  game, I fell for the flashy yellow cars of team Jordan. While watching what would become the first of many races, I was hypnotized by the high-pitched waling of the V10 engines, and the precision and artistry of the driving. I don’t think I blinked…

Later that afternoon, my Mother drove me down to the local magazine shop, where I purchased a magazine called “F1 Racing” with my chore money. I spent the rest of the day with my nose close to the pages, slowly flipping them, 1-by-1, taking in the beautiful and very delicate details of the cars, and memorizing the driver’s names. I was deep inside my own little world, visiting a dreamscape of imagination and wonder, that I still to this day visit if given enough alone time to sit quietly and contemplate…

I followed the 1999 F1 season very closely from that day forward, cheering for Heinz-Harald Frentzen and team Jordan. I liked Heinz right off the bat, and was drawn to his quiet personality, and patient approach to track side interviews. When Heinz won the 1999 French Grand Prix, I was beside myself excited…a testament to how deep I had let F1 settle inside my heart. 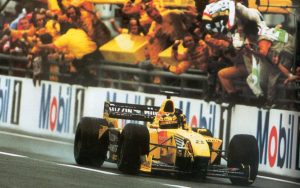 Fast forward to June 2000. I am sitting in the basement of my house, watching the qualifying session of the Canadian Grand Prix. I am in between final exams (Grade 10) and skipping my studying duties. In fact, I rushed through my previous test to get home in time to watch qualifying! As I watch the session, I heard both my parents slowly coming downstairs. I turned around, and could tell by the look of love on my Mother’s face that something good was about to happen. She asked if I could mute the TV for a moment, and so, I did. My Dad had something behind his back. “We have a little something for you.” He pulled a big, Formula 1 Atlas out from behind his back. “WOW, thanks so much!” I excitedly exclaimed as I jumped up and walked toward them both. “Turn to page ___.” I flipped through and found the page, and to my shock, two grand prix tickets became visible. “You are going to the Canadian Grand Prix tomorrow, son.” I raised my hands up to my face, cupping them over my eyes, and began to get a bit emotional. I couldn’t help it. I was about to see these superstar drivers in the flesh, and was about to hear the eardrum-splitting wale of a V10 engine revving at over 17,000 RPM. I was about to feel each gear change through my entire body (like those big drums at the parade…only, better…much better), and was about to feel the ground shake whenever the cars passed. I was about to witness an other-worldly spectacle.

Since 2000, I have enjoyed the Canadian Grand Prix live, from the Circuit Gilles Villeneuve, a total of 15 times. 2017 was year number fifteen! Though my passion for the sport is not as strong as it was during the early 2000’s, it is still my premier love, and one that is well and truly ahead of my love of bird-watching. The Grand Prix in 2017 was my second favourite, behind the one in 2001, for the following reasons:

Below are a few pictures I took of the cars from this year’s Grand Prix: 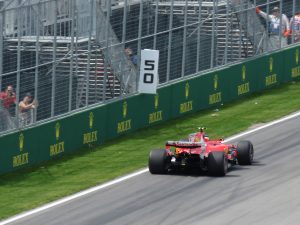 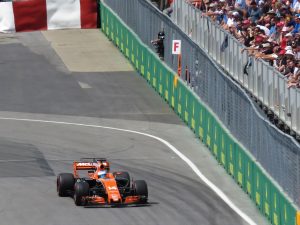 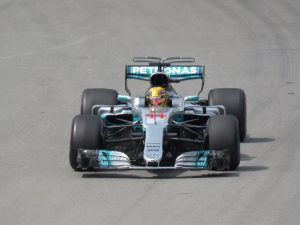 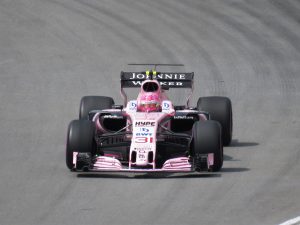 Thanks for reading. Back to birding after a perfect vacation! Cheers.